Switzerland from A to Z by Monocle

Switzerland is a country so varied and picturesque that you’ll want to linger when you stop by to explore its mountains, lakes, valleys and towns. Read on for an alphabetical journey through some of its highlights. 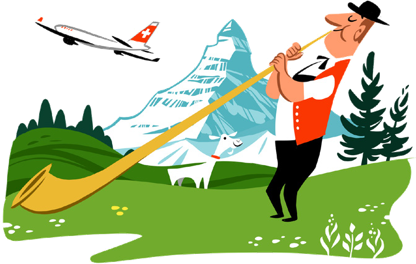 The Apéro is a Swiss tradition: an aperitif that brings people together. The favoured drink of choice is a glass of Fendant, a dry and refreshing Chasselas wine from the Valais region. Whether you’re celebrating a launch, birthday or anniversary, or just stopping by to say “Grüezi”, there’s always time for an Apéro.

This winter sport, whereby teams race down a narrow ice track in a gravity-powered sleigh, was invented by the Swiss in the late 1860s in St Moritz, a legendary winter-holiday destination. The world’s longest and oldest natural bobsleigh track opened in the Engadin Valley on New Year’s Day in 1904 and is still in use today – anyone can give it a go.

Milk chocolate was invented in Switzerland in the 19th century. It’s an indulgence that finds its way into everyday life, whether placed inside a bread roll as an after-school snack or served onboard your Swiss flight. The per capita consumption of the stuff in Switzerland amounts to more than 11kg, making it a staple of Swiss cuisine.

Swiss design reflects the nation’s culture in more ways than one. Helvetica, a sans serif typeface invented by Swiss typeface designer Max Miedinger in 1957, is a worldwide favourite (just look at New York’s subway map) and architect Le Corbusier infused order with creativity to give rise to an entirely new way of organising living space.

Hiking in Switzerland offers spectacular views and abundant fresh air – and will result in a rewarding workout (though if you prefer, there’s a cable car station at every corner). The topography of the land boasts extraordinary variety, from leisurely lakeside walks to narrow climbs on the Brienzergrat, a mountain ridge straddling the Bernese Alps.

It can get messy and loud, and table manners can go out the window, but eating fondue remains an unmissable and passionately defended Swiss pursuit. Other delicacies include Zürcher Geschnetzeltes, a hearty rösti, raclette or a warming bowl of Älpermagronen.

At 57km, the Gotthard Base Tunnel is the longest and deepest railway tunnel in the world. It takes you from fir-tree forests in the canton of Uri to palm trees and citrus plantations in Ticino. It was built in the 19th century and reopened in 2016 following 17 years of ground-breaking engineering work.

The Swiss celebrate their traditions at World Heritage sites including the Swiss Alps Jungfrau-Aletsch and the many architectural works of Mario Botta.

The most famous figure in German-language Swiss literature is Heidi, a little girl who lives in the Swiss Alps with her grandfather. She is the heroine of two children’s books by 19th-century author Johanna Spyri. The Heidi novels are among the most popular books of all time and have been translated into 50 languages.

No one kayaking around one of Switzerland’s numerous lakes and rivers needs to fear tipping over: the water is so clear and clean that it’s almost a shame not to take a dip. Almost every lake and river has a public outdoor swimming spot, or Badi, for just that occasion. They’re popular among Swiss people of all ages from morning until night.

You’ll never go far without coming across a sparkling lake – which is not surprising as there are 1,484 of them in Switzerland. The Alpine water is so pristine that it is drinkable, and Switzerland is known to have some of the finest tap water in the world.

Don’t stop at Art Basel – Switzerland’s impressive collection of modern and contemporary art can be seen at numerous galleries and more than 1,100 museums.

With one of the world’s highest densities of clubs and bars, Switzerland prides itself on its eclectic nightlife, which ranges from underground electro to lakeside jazz festivals.

The Swiss are outdoorsy – and why wouldn’t they be? They’ve got lakes, rivers and the Alps on their doorstep. As soon as the sun peeks out from behind a mountain ridge or shines through the clouds, they’re out and about: swimming, hiking, skiing, cycling or simply enjoying the picture-postcard views.

The iconic Swiss railway clock, designed by Hans Hilfiker in 1944, has become a symbol of Swiss punctuality. Before watches and smartphones became ubiquitous, the Swiss would rely on these clocks to tell the time. A lack of tardiness is valued here and it’s made easy by a smoothly running transport network.

Switzerland has four official languages: German, French, Italian and Romansh (in order of prevalence). There’s also a huge diversity of dialects, considering the country is fairly small. For example, there are more than 30 words for “apple core” in Swiss German.

Switzerland has the world’s busiest train network but it runs like clockwork thanks to swift connections across the country. Stopover Switzerland gives you free access to the entire Swiss public-transport network, which takes you wherever you’d like to go. Be sure to board one of the trains with panoramic views to enjoy the breathtaking Alpine scenery.

Swiss wrestling is a popular pastime and Schwingerkönige (the champions) are celebrated like heroes and take a prize bull. The sport has a resemblance to Japanese sumo wrestling, although opponents here are fully clothed in traditional attire and competitions often takes place on scenic mountaintops as part of folk festivals.

The beauty of travelling around Switzerland is that it can be done without a car because the train and bus systems are unparalleled. The Swiss Travel Pass allows you to hop on and off so that you can start your journey on a tram, jump onto a train, board a boat, then hop on a bus that takes you to a cable car and delivers you safely to your mountain cabin.

Seventy-five per cent of the Swiss population live in towns and surveys continually rank the nation’s cities as the most liveable in the world. It’s for good reason that Zürich, Geneva and Basel have all been ranked in the top 10 of the Mercer Quality of Living Survey this year.

Too good to share? The Swiss drink almost all the wine they produce in some of Europe’s highest vineyards. Only 1 to 2 per cent of Swiss wine is exported.

Watch manufacturing was brought to Switzerland by Huguenot refugees in the late 16th century and watches remain the country’s second-largest export.

Swiss hospitality is known the world over. It’s rooted in the palatial 19th-century hotels that heralded the golden age of tourism and set the standard that hotel schools, hoteliers and restaurateurs around the country continue to uphold today. Places such as Badrutt’s Palace Hotel in St Moritz simply couldn’t exist anywhere else.

This form of singing, which involves rapid pitch changes from the low chest register to falsetto, originated among shepherds in the Central Alps – and it’s still a common style of folk music. In fact, Switzerland’s Lucerne University of Applied Sciences and Arts even offers a three-year bachelor’s or two-year master’s degree in the practice.

Zürich Airport, the home of Swiss International Air Lines, is Switzerland’s largest international airport. Each year it serves some 29 million passengers and more than 250,000 flights across 185 global destinations. With its integrated train station, Zürich Airport is your convenient gateway to the wealth of wonders contained within Switzerland’s borders. 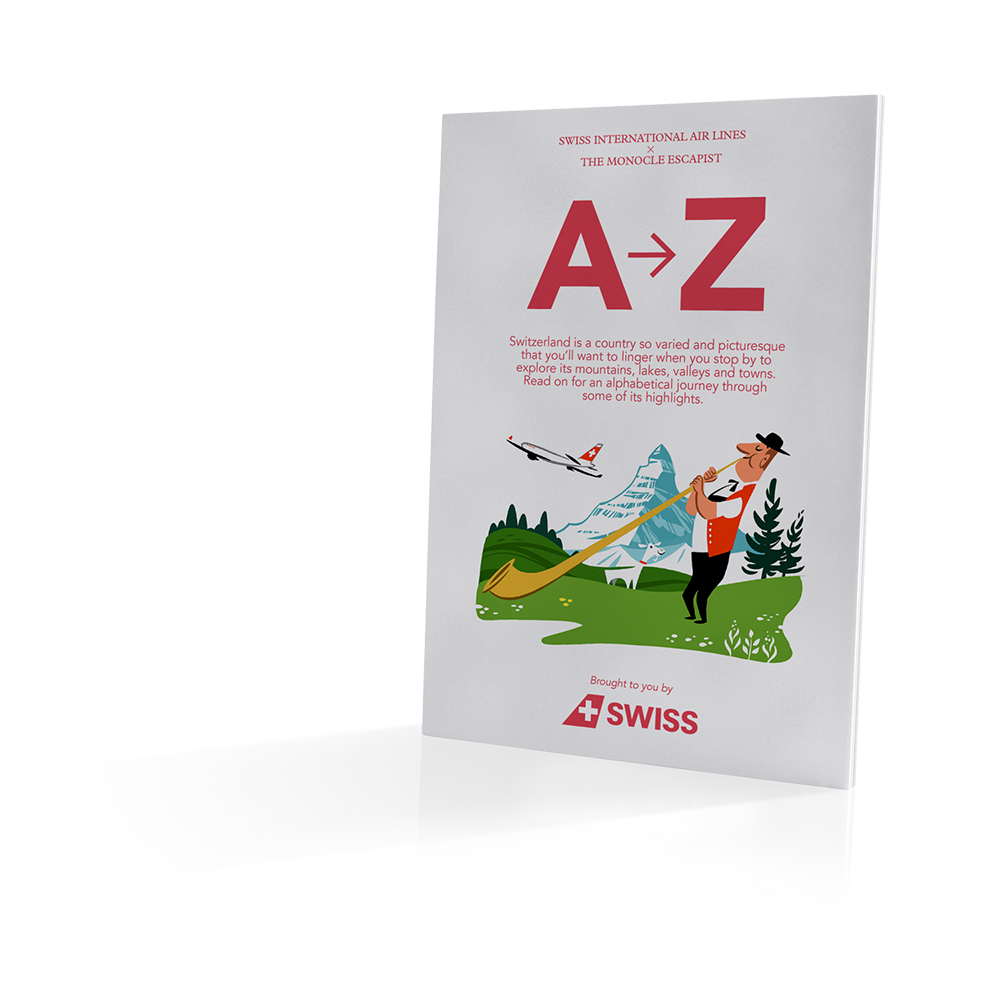 End of page: Go to top of page